Case study: eargym raises half a million on crowdcube 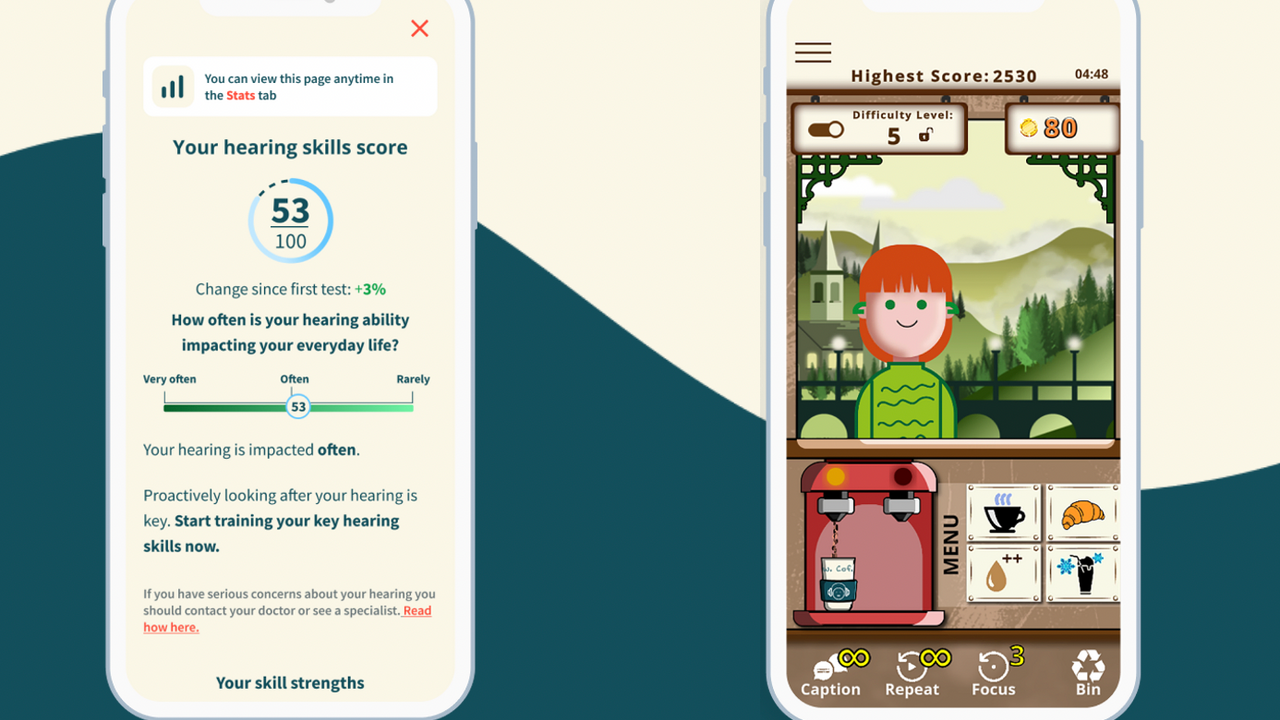 1.5bn people globally are at risk of some degree of hearing loss, and even mild hearing loss can double your risk of dementia. eargym's patent-pending product has seen 71% of their testers show an average improvement to their hearing of 14% in just 4 weeks against the World Health Organisation's hearWHO test. eargym’s mission is to improve the worlds' hearing, and that’s why we were so proud to see their campaign hit half a million on crowdcube, leaps and bounds above their £350k target. Recently, Steph caught up with Amanda, Andy and Jennifer to hear how they found the process.

What do you think went well with the campaign? What were your highlights?

What went particularly well is that we got over £500k in the end, which was great. At times though, we were not at all confident that we were going to raise anywhere near enough that made it a valid exercise. But the most successful thing for me was the way in which the level of due diligence required made Andy and I go through the business with such detail that we now have knowledge and absolute certainty of the veracity of all of our claims. So it's been a far more useful process than I anticipated, despite it being incredibly hard work. To be honest, I think without the ISQ preparation in the first place it would've felt too hard to complete.

Overall, I think the preparation went well. The framework that ISQ provides was super useful and helped us keep on point. I think we could have made more of private live, and structured that period differently. And I think in hindsight we should’ve considered launching at a different time - we launched just before Christmas and it felt rushed. So we had to really just go through the launch in record time. If we'd have launched in November, I think we could have been a bit more strategic and had more time to make the most of private live. In general, we were expecting some bigger tickets from the platform’s crowd, but we got a lot of £10s and £70s, and didn’t really get bigger tickets until towards the end.

We ended up getting more investors than we thought, around 450. And we’ve heard so much positivity from people, we got really interesting questions on the campaign, and we’ve ended up with way more new app users than I thought we would, which is brilliant. So yeah, we’ve gained another group of people who are going to be supporting us, our brand and our growth, which is fantastic. Our open rates and click through rates throughout our email comms were also really encouraging - overall it’s just been a really positive reaction to our product which is so exciting.

And let's think about challenges, you obviously touched on wanting a bit more structure and time during the private live element of the campaign, what else do you think were challenges that you faced?

The biggest challenge was timings; of all of the different phases and when to actually launch. It was also quite time consuming working out when to post and what, content-wise, to make sure we were engaging all of the different audiences we’d scoped. Although, we did feel we were reasonably well prepared for that. Our average investment sizes came as a bit of a shock. I’m very glad we had our lead investment sorted. I thought that on crowdcube there would've been larger investments coming through from their regular community of investors.

We also struggled to get much traction on social media with regards to the analytics. I think we definitely did a good job on LinkedIn after the ISQ training session, and we got new followers too. This is a guess, but with the run up to Christmas you've got a lot of going out on social media about Christmas itself and about product sales and buying different things in that time period, so perhaps some of the messaging kind of got lost in the general Christmas buzz. Only 2% of our investment came from social and that all came from one post, I think.

We were really rigorous about going through the six phases of ISQ support. And we went through everything so diligently with crowdcube too, and we worked our socks off for this. I think if we hadn't, I don't know where we would've ended up. I also think if we hadn't had that much resource to throw at it, and having the time and dedication to prepare for four/five months, I'm not sure we’d have got to that half a mill mark. On reflection, it was a hell of a lot harder that we anticipated! What would be helpful for us, or maybe future people going through this, is data and stats on what % do people launch publicly at. Because I actually wonder if we launched too high, and we could’ve increased our minimum target based on how much we managed to secure during the programme.

Although some of the videos provided were quite long, ultimately the programme structure and content provided by ISQ made us very well prepared, I'd certainly recommend ISQ to other people about to embark on this process. I think if we hadn't followed the programme, we probably would've been under prepared and it would've been a lot more stressful.

Do you want to speak to us about how we can support your raise? Book a call with a member of our team.