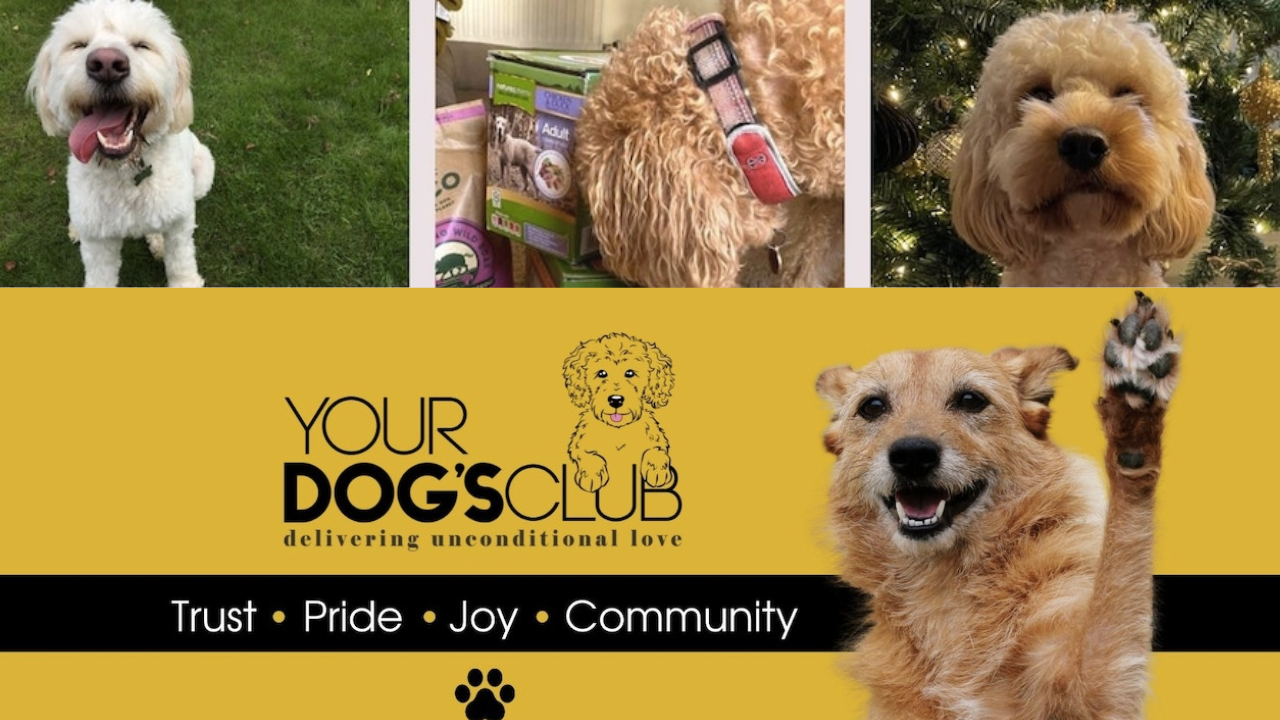 “I’ve got two key mantras, firstly don’t re-invent the wheel, and secondly if there’s a proven process, follow it. ISQ has been there, done that, and bought the T-Shirt. The structure of their programme is brilliant, and their support is excellent. Richard’s out-of-hours support was 2nd to none and I really valued that. Even though we’d done this before, there were still learnings on our 2nd raise. A particular example was around the overfunding tools and techniques which were key to our success. Crowdfunding is a very public exercise, and working with ISQ’s support is very valuable insurance to make sure you succeed.”
Jon Ralph - MD & Pack Leader, Your Dog's Club

Your Dog’s Club is one of the only dog-specific online retailers that provides high-nutrition food and treats, with an independently verified nutritional rating system, alongside everything else your dog needs.
The business is run by dog lovers, for dog lovers and built on cooperative principles. As YDC grows, they buy better for less, share the rewards with their community, support charitable projects and look after the planet.

YDC carefully select their products, ensuring they meet minimum quality and eco friendly thresholds.
Their values of trust, community, pride and joy run through everything we do.

From their customers to their local dog business partners to their industry experts giving the best advice, they are creating a community and meeting the needs of dog owners across the UK.

How did ISQ help

This was Your Dog’s Club’s second crowdfunding campaign and the second time we’ve supported them to achieve their investment objectives.

Because of their very positive experience, YDC’s Pack Leader Jon Ralph asked us to support them with their second Seedrs campaign. Jon and his kennel mates were obviously very experienced so what they needed from us this time around was more a strategic-level oversight of their campaign preparation, an independent professional sounding board if you like.

We again provided YDC with our crowdfunding support programme to enable them to re-familiarise themselves and also take advantage of the enhancements we’d made since their first raise. However the main difference this time was putting in place a schedule of weekly calls between Jon and ISQ as the primary way of supporting YDC with their campaign preparation. A feature of this approach was Jon’s primary contact was Richard, our Commercial Director, who lives on the other side of the world in New Zealand. The time zone difference worked well for Jon as he was able to speak with Richard in the evening, while it was the start of a new day in NZ. Jon appreciated being able to work with us without it impacting on his busy day-to-day schedule; entrepreneurs rarely work a 9:2:5 day!

And to Jon’s credit, he hardly batted an eyelid when in the background on a Zoom call he could see and hear Richard’s wife’s frantic efforts to catch and remove one of NZ’s native birds, a Piwakawaka, that had decided to come inside for a visit!

Second, third, and even fourth crowdfunding investment rounds aren’t at all unusual these days, and we’re pleased to be there for businesses, like Your Dog's Club, who appreciate the value we’re able to bring to realising their investment ambitions.